Not a member yet?
Register now!

For the theatre show “De Meiden” by theatre company Dood Paard, the Bas Kosters Studio designed all the costumes and did the set design. 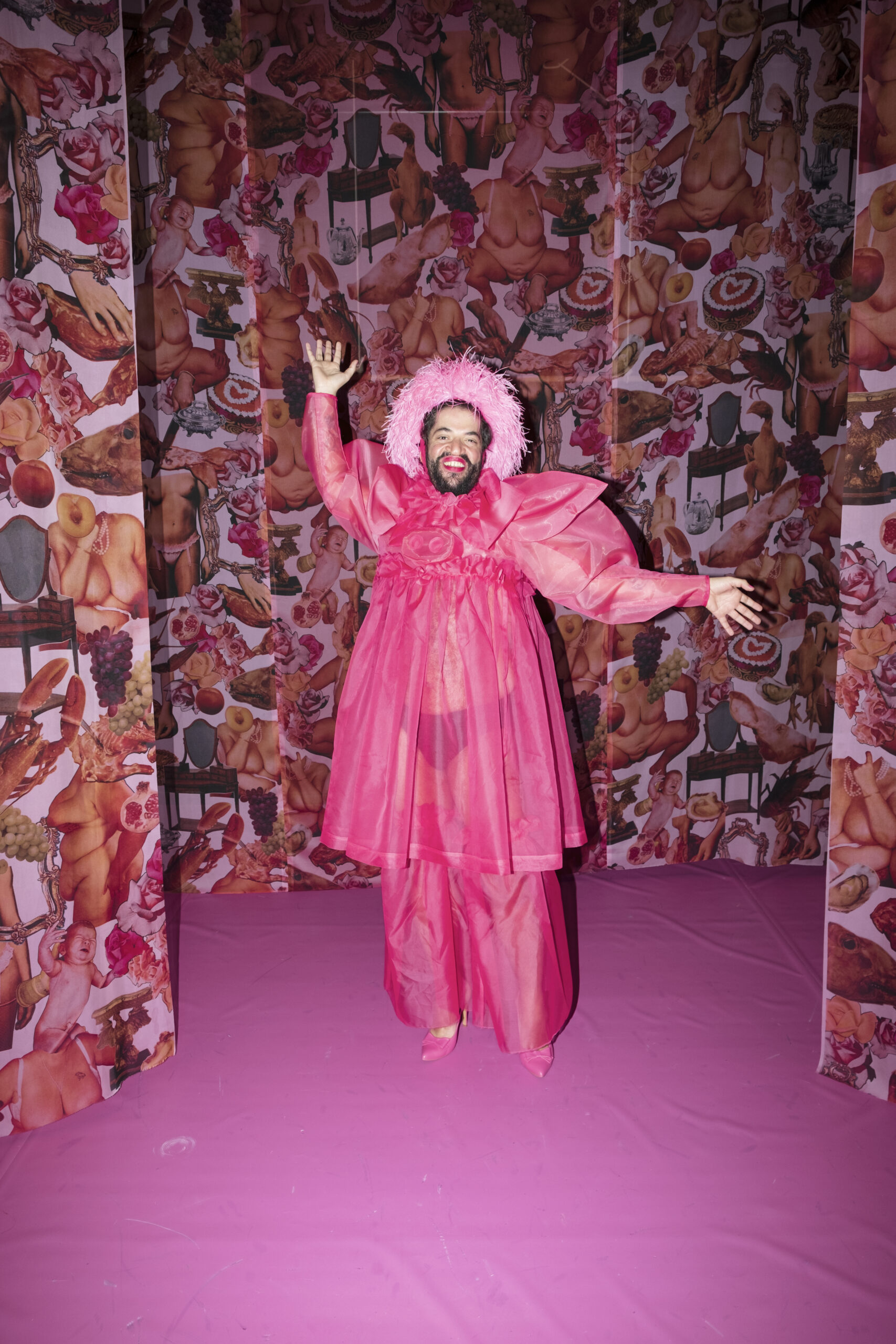 ‘Des Brébis Enragés’ (Furious Sheep) was the heading above an article in the French weekly Détective on 9 February 1933. On the cover was a picture of two sisters, Christine and Léa Papin, both wearing maid servant dresses with  lace collars.

Two angels? No! Two monsters who in Le Mans gouged out the eyes of their madame and her daughter. With empty eye sockets and their skulls smashed, the victims suffered a horrible death.’

The Papin sisters who had an excellent reputation, worked as maid servants for the Lancelin family in Le Mans. However, when Mr. Lancelin came home on the evening of 2 February 1933, he found his wife and daughter in the hallway lying in a pool of blood. The maid servants had murdered them and trashed the whole house. They then washed themselves and lay down in bed together.

Jean Genet read this article in prison and wrote Les Bonnes. In the play by Dood Paard, the sisters are played by Marloes IJpelaar and Manja Topper. Madame is played by the Brazilian performer Rodrigo Batista.

Two maid servants/sisters work for Madame. When Madame is not home they indulge in a role playing game. One maid plays Madame and the other takes on the role of her sister. The game seeks to finally take revenge. But also to take turns to be Madame while the other plays the ultimate, perfect maid. It’s about class. The often invisible underclass confronts the upper world. Like in the recently released, much acclaimed film Parasite by Bong Joon-ho. In the game Madame is revered like Maria, but also humiliated and trampled on.

Fashion designer/artist Bas Kosters made the costumes that play an significant part in this production. The maids have an almost fetishistic relation with Madame’s clothes. Her wardrobe has a central function. The maids take turns to crawl from the bowels of their servile existence and become Madame.

This penis is my friend-Glass objects